The Language of Clothing: Why Regular and Corporate Apparel can Say More than Most People Think

People love to have a say in what they wear. Whether it is a small form of customization to quietly rebel against required corporate apparel or a complete wardrobe overhaul, rarely do we ever come across a person who literally does not care about what they wear.  No matter where people are, whether they are wearing corporate apparel in Decatur, AL or casual wear in Moscow, Russia, their clothing does so much more than protect people from the elements. In fact, thanks to how much people and society has shifted over the centuries, we have assigned multiple purposes to clothing. Including the personal expression of identity. What exactly do I mean?  Let’s look into the symbolism often associated with clothing. 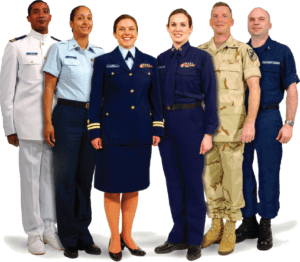 Semiotics, for those who are unfamiliar with the term,  is the study of symbolism in culture. Whether there is a written passage in literature or a recent sociological phenomenon, something like a gesture, a phrase, or even a piece of clothing, can represent something in society.  To further narrow down the terminology, scholars have coined the phrase “semiotics of dress” to relay the personal or societal symbolism that can be found in items that can be worn on a person.

Wikipedia further explains this phenomenon. “When the term semiotics is applied to dress, it refers to the words and symbols used to describe the images supporting “the structure of social interaction”. Examples of these social interactions include the system of statuses and roles. Therefore, the way one dresses can be analyzed as a symbol mechanism to communicate ideas and values with other members in a society.”

There are at least 6 versions semiotics in action, which include:

Now we have a clue about how we sociologically use clothing to determine symbolism. Can we use semiotics to determine what is fashionable?  Are there recent examples that we can point to see how it works? Let’s find out.

Christianity and clothing are often something that first comes to mind in American society. When it comes to religious 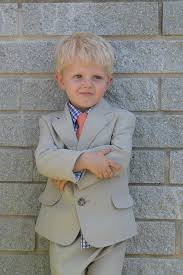 clothing, there are still a few traditions that are often kept up by more conservative followers of that religion.

One example is the concept of the “Sunday Best”. Traditionally, churches outright enforce the dress code of formalwear for Sunday mornings. Another example, no matter what denomination you are in, is wearing hats in a church. Churches tend to frown upon for anyone to wear a hat in church. Without any cultural context, any outsider can see the hat ban arbitrary, if not a little confusing.  But for people who were traditionally raised in a church setting, they learned that hats, crowns, or really anything on the head that isn’t a veil, is supposed to be a symbol of authority. So, when someone is walking in a church with any sort of hat on, it looks like a challenge of authority, at least according to the members of that church.

The first is to display respect for divine authority, and by extension the authority of the church. When a church member universally follows the dress code of the rest of the group, they are establishing a willingness to acquiesce to the expectations of the church members.  The second is a declaration of membership. When they follow the dress code of a church, they are creating an in-group harmony via a clothing sign.

In the working world, there is an addage, “Dress for the job you want, not the job you have.”  In the business world, this is common advice given to people who wish to land a good job or gain a promotion. Arguably, there might be an obstacle with the presence of uniforms in most jobs today. However, the sentiment remains in professions that require formal wear. Usually corporate office jobs.

Supervisors relay that information for hopeful career influencers for two reasons. The first is to help promotion seekers to distinguish themselves among other hopeful applicants. If they keep up with their appearance, by wearing corporate apparel in spite of their environmental circumstances, then they appear well put together to any onlooker. Including the person who is considering them for a position.  The second is to reflect an air of both authority and respect for the corporate institution. Just like the “Sunday best” scenario, the formality is seen as bringing honor to an institution. Or, it is a sign of demanding respect from others in that same institution.

These are just a couple of examples that illustrate the point. Clothing is a societal and personal language. It gives us impressions and dictates our code of conduct. Whether it is corporate apparel or our “Sunday Best” what we wear matters to us and the people around us. So, next time, when you order something like Corporate Apparel in Decatur, AL from Entrusted tees, or just get ready for the day, try to think about what you are saying with what you wear.