Promotional products in Huntsville, Alabama and other locations are not immune to the idea of trends. For instance, back in the 1970s when plastic and screen printing first started to become a thing, its use in promotional products spread like wildfire. If it is new and there is a way to mass produce it, then it will become a novelty. It is just the nature of fads and the attention span of any local population. And, the newest growing trend is the visual appeal of iridescence. A variety of promotional products in Huntsville, Alabama, mainly cupware and bags, are sporting a subtle yet shiny appearance that glows in the presence of light.

How did it become replicated? And what makes it so appealing on a promotional product in Huntsville, Alabama and the rest of the world? Let’s find out.  But first, we need to find out… 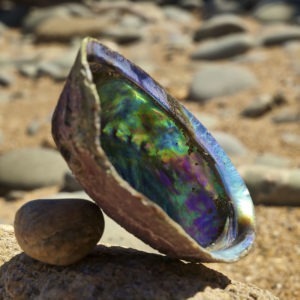 According to Wikipedia, “Iridescence is the phenomenon of certain surfaces that appear to gradually change color as the angle of view or the angle of illumination changes.” It is sort of like a shifting gradient of color, usually with reds, yellows, purples, greens, and, blues. One thing that causes the display of rainbow color is multiple reflections of light through a translucent filter. It is why soap bubbles shine. Another way it appears in the natural world is diffraction on a reflective surface. Light diffuses and reflects from things like prisms and glass, creating a rainbow effect.

Examples of iridescence are often found in things like insects, birds, mineral compounds, and plants. While the occurrence isn’t exactly as common as opaque color schemes, an iridescent color scheme found in nature does add an air of mystique and complexity to our wild and wonderful world. But why is it now a trend? Why are people fascinated by the luminescent glow of bubbles, shiny rocks, and insects?

People can never get enough shine. Cellphones, computer screens, lip gloss, waxed cars, and yes even promotional products in Huntsville, Alabama is considered addictive to pretty much everyone. Even our most valuable currency, things like diamonds, gold, silver, and other jewels have a shine to them.  Is there any reasoning behind our love of shiny things?

Surprisingly, we have the answer to that. According to Vanessa M.Patrick, a professor from the Univerity of Huston, our desire for shiny objects has less to do with the idea of wealth and status, and more to do with our desire for water. The shine of the gloss signals to the more instinctual parts of our brain that identifies with thirst. Water is glossy, reflective, and is a very important life-sustaining thing. So, it makes sense that we would internalize its characteristics as something valuable.

“First and foremost, this paper shows that our preference for glossy might be deep-rooted and very human,” says Patrick. “It is humbling to acknowledge that despite our sophistication and progress as a species, we are still drawn to things that serve our innate needs–in this case, the need for water.

Now that we know why we love shiny things, the next question to ask is:

Who Came Up With Iridescent Merchandise in Promotional Products? 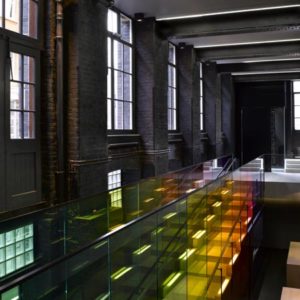 We don’t have specifics on who first started the movement. However, we know the trend itself is only about 10 to 15 years in the fashion industry and art world. An example of early exhibitions with iridescence as a medium was in a London showroom for the Danish fabric design company, Kvadrat. It featured a collaboration between graphic designer Peter Saville and architect David Adjaye to create an iridescent effect on a staircase.  Colored glass and various finishes became experiments for mostly furniture.

Eventually, the demand got high enough that 3M, (which has a factory in Decatur, Alabama btw) decided to make their iridescent finish available to the public. The intent of the original finish, invented in the year 2000, was utilitarian in nature for things like fishing lures, and glass furniture.

However, in 2013, they were able to make a dichronic adhesive that could be applied by heat and easily removed. Also, the materials didn’t cost much for 3M to make it. Naturally, that meant that made the effect cheap enough for the public marketplace.  This lead to an explosion of iridescent promotional products in Huntsville, Alabama and other locations nationwide.

So, thanks to technology,  we are able to replicate the beauty of a rainbow onto a coffee mug. And isn’t that amazing for promotional products in Huntsville, Alabama?