The World of Charity Merchandising

There has been a lot of argument among the American people about the ideal economic system and what place charity should have in it. For some people, the free market is all you need for economic balance, and charity should only be up to the individual. For others, there is an idea that programs should be in place for group-wide goals like public health, infrastructure, and education. Whether you believe in one, another, or a mix of both, these differing philosophies have created different avenues and executions for charity.  One of the more newer ideas to come from the capitalistic side of charities is that individuals can be incentivized to give or participate in a charity if there is a free promotional product is in the mix.

The idea behind the use of promotional products having a place in charity could have come from the more cynical worldview that people do not give something freely unless there is something for the giver to gain from it. Perhaps, it came from the idealistic mindset that people who do give of themselves deserve a “thank you” for doing something that they know they didn’t have to do. Whatever the case may be, we now are seeing a rising trend in the form of charity merchandise. Today, we are exploring what type of promotional product it is, and how effective it could be.

What is Charity Merchandise?

Charity merchandise is a promotional product that is either: 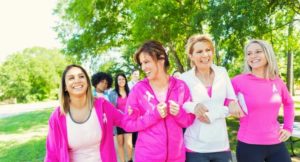 The best example of the first definition is a Huntsville, Al  Red Cross blood drive.  People volunteer to donate their blood during times of nearby natural disaster or during times of low supply. Then, after the blood is donated,  a promotional item (usually a t-shirt) along with a post-donation snack is given to the participant. This is to both reward and incentivize the donor to donate the next time they are able to do so.

A good example of the second definition is the recent announcement of internet celebrity, Markiplier. He announced that 100% of the profits that he would make from his clothing line, would be donated to charities around the globe.  Fans of his online content would get the merchandise that they want. Those proceeds would incidentally go to various charities. The presence of these charities gives the celebrity good publicity. Everyone wins.

So, we have two different instances of promotional products used for charitable purposes. But just how effective are both forms of charity merch? Is one version better than another?

Promotional Products and How We View Charity

Surprisingly, the first instance of receiving a promotional product for a charity event is not as effective as most organizations or people would think it would be.

This is due in part to how people feel about giving, and their role in charity. 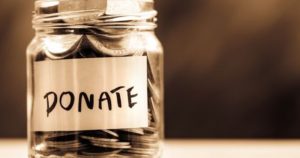 When a person has a strong need to give to a cause, the presence of a promotional product as an incentive does more harm than good.  This was determined in the conclusion in a study about charity conducted by the Proceedings of the National Academy of Science of the USA. “This study demonstrates that a commonly used fundraising technique can, at times, have counterproductive effects. ”

And it makes sense when framed in both a societal and psychological context. In American society, where 75% of the population identifies as Christian, there is a cultural expectation of not expecting anything in return when we do give.  It is an unwritten rule in our current society that we shouldn’t give with selfish intention.

An example of this is the Huntsville, Al Red Cross Blood Drive and their t-shirts that I mentioned earlier. This would demotivate someone who believes that it is their civic duty to donate blood 5 times a year.

Does that mean that there should never be promotional items in chairty? Not exactly.

It just means that the context needs reframing.

The study mentions that there are two possible ways that the presence of a promotional product can still work in the context of charity.

Put simply, people would rather buy a product to benefit charity than to receive a product in exchange for a donation.

This is where the second example comes in. The charity itself plays a secondary role to the promotional product, but that does not matter in this context.

There are fans of this celebrity that was already more than willing to buy the merch. Regardless of where the money went to. The mention of all the proceeds going to charity was just the icing on the cake. It made people feel better because the new context made the act of donating to charity an added bonus.  No one was reluctantly giving to something they didn’t want to, and no one felt like their altruism was being cheapened.

It made people feel like they were making the right choice by backing the products of this particular person. Also, the presence of a figurehead announcing where the proceeds are going to gives an out for people not looking for recognition. The act of giving is a subtle implication, not an overt statement.

What is the Right Way to Have a Promotional Product at a Charity Function?

There are a few circumstances where promotional products will be seen a net positive.